AN OPERA WORLD FOR EXPLORING AND EXPERIMENTING

THE GREAT HALL TO BECOME A STAGE FOR YOUNG PERFORMERS

Bregenz, 6.12.22. With a colourful programme and a new look, the Young People’s Festival invites youngsters to come and discover the multifaceted world of theatre at the Bregenz Festival. Whether it’s Young People's Night, when 5,000 youngsters attend a rehearsal of Madame Butterfly, or Die Zauberflöte – der Klang des Friedens, an operatic performance where the young audience actively joins in, or backstage tours of the lake stage – young people from 6 to 26 years of age can look forward to a creative cosmos where they can explore, take part and experiment.

About three months before the 77th Bregenz Festival season kicks off, kids aged from 6 to 12 can get involved in an opera performance themselves. The show is called Die Zauberflöte – Der Klang des Friedens (The Magic Flute – The sound of peace). During the show children in the audience don’t just watch and listen. They’re also allowed to sing and play along from the auditorium and to use props they’ve made themselves. The Great Hall will become one big stage for young performers. The leading roles will be performed by young singers who are at the start of their operatic careers, and will be accompanied by the Vorarlberg Symphony Orchestra. And once the final curtain has come down, it won’t all be over: right after the end of the show the singers and orchestral musicians will stay to take questions from young members of the audience.

In January and March the Bregenz Festival has scheduled two three-hour workshops which teachers can attend to find out how to prepare pupils for their visit to the opera. Teaching material will be made available and project staff will introduce the themes of the opera, sing through arias from it with the teachers, and pass on valuable tips about how the pieces can be rehearsed with schoolchildren.

Sixth Wind Band Camp
In August, young musicians will be invited to the sixth Wind Band Camp by the Blasmusikverband Vorarlberg (wind ensemble association) and instructors from the Vienna Symphony Orchestra. Martin Kerschbaum will once again direct the six-day rehearsal period, which concludes with a matinee concert in the Festspielhaus, also conducted by Kerschbaum. The wind band will perform music by Giuseppe Verdi, Giacomo Puccini, Richard Strauss, Alfred Reed, John Philipp Sousa and James Horner.

Children’s Festival: 40 years young
One of the longest running Bregenz Festival events has been delighting a very special audience for 40 years now. In the week leading up to the Bregenz Festival, the Children’s Festival brings together up to 200 kids aged from 6 to 11 to create a piece of music theatre of their own in a playful way. At the end of a week of creative workshops, the grand finale is a performance in front of an audience in the Workshop Theatre.

An exclusive opera night for 5,000 youngsters
An orchestral rehearsal has turned into one of the hottest tickets for kids and young adults events. On Young People's Night five days before the premiere, 5,000 young opera fans have the chance to see Madame Butterfly on the lake stage. Beginning in the afternoon, they get into the mood for their exclusive opera night with backstage tours, workshops and cool music.

MINT is an acronym for Mathematics, Informatics, Natural sciences and Technology. As part of the Bregenz Festival’s MINT project – in cooperation with the Vorarlberg Landestheater and Rieden middle school, Bregenz – schoolchildren work on a theatre production in order to gain experience in theatre technology. The project naturally closes with an actual performance of the piece in June – on a stage they have built themselves.

Have you ever experienced an opera as a performer instead of being a spectator? If you haven’t, then the opera workshop is an ideal opportunity for you to change your perspective and immerse yourself in the world of Madame Butterfly. Instructors from the drama education network Opernschlüssel bring the characters of the opera to life with the participants.

The full programme of the 2023 Young People’s Festival can be found on the Bregenz Festival website. 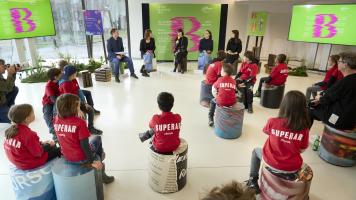 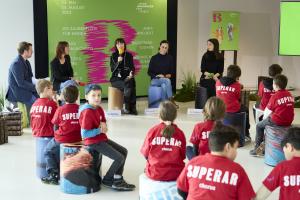 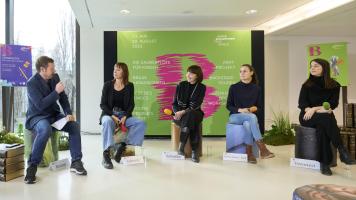 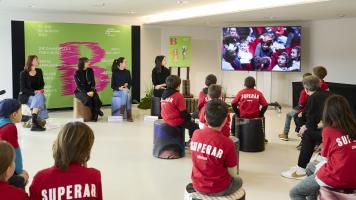 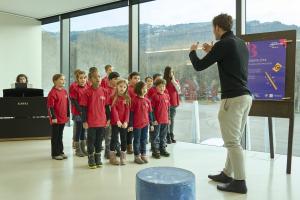 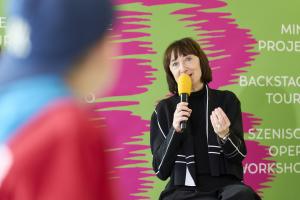 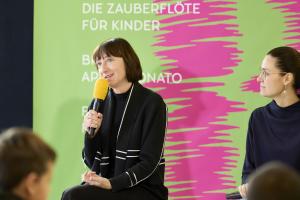 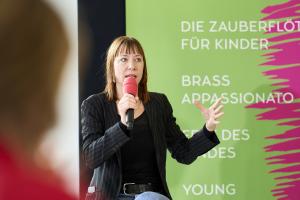 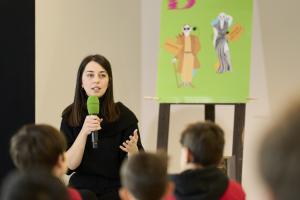 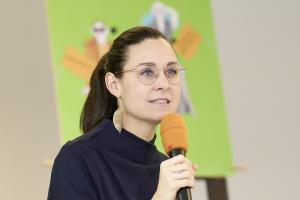