On the death of Adrian Clarke

Bregenz, 24.9.20. Adrian Clarke’s dazzling performances at the Bregenz Festival spanned a period of two decades. The versatile character baritone from England was one of the singers that appeared most often at the festival. He died some days ago at the age of 66 after a long illness.

With his subtle characterisations, extraordinary vocal continuity and great passion, Adrian Clarke enthralled audiences and won the esteem of stage directors and conductors alike. In 1999 he was engaged by the then artistic director Alfred Wopmann for his first appearance at the Bregenz Festival, in The Greek Passion directed by David Pountney at the Festspielhaus. After that the singer returned to Lake Constance for the summer many times. His final appearance at the festival was in Carmen in 2018. “For many years the Bregenz Festival has been not only a creative challenge for me, but it has also become a summer home for my family,” he said some time ago.

Versatility coupled with reliability were characteristics he particularly stood out for. The cricket fan demonstrated his wide artistic range on almost all of the Bregenz Festival’s stages and did so with virtuosity. There was scarcely a venue where Adrian Clarke was not at home. In addition to the lake stage productions of La Bohème, Tosca, André Chénier and Carmen, he sang the title role in Judith Weir’s opera Blond Eckbert at the Kornmarkttheater in 2011. At the Festspielhaus he sang in The Golden Cockerel (2000) and The Merchant of Venice (2013) and was a soloist in orchestral concerts.

He was also a notable performer in contemporary music theatre, winning acclaim at the Werkstattbühne in the Austrian premiere of Playing Away (2007) and in the world premiere of To the Lighthouse (2017). Adrian Clarke’s only slight regret, he once said jokingly, was that his performance in Tosca had not been immortalised in the James Bond movie Quantum of Solace. We won’t forget you anyway, Adrian, cherished colleague that you were. Thank you and farewell! 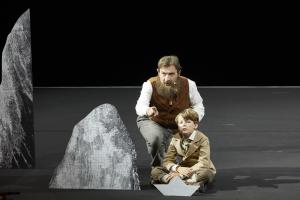 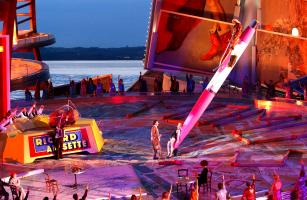