Bregenz, 19.8.22. Enthusiastic visitors, impressive productions and a lot of positive reporting in the media – three days before the 76th season ends, the Bregenz Festival can look back on a highly varied summer of culture, the first production of which was staged back at Easter. The total number of tickets sold, including events scheduled up to the closing day on Sunday, is expected to be approx. 236,752.

The opera on the lake stage attracted visitors in droves again. If there are no more cancellations due to rain, around 172,123 people will have come to see the sold-out Madame Butterfly production by Sunday evening; it played on 26 dates in all, including dress rehearsal and Crossculture Night. The opera by Giacomo Puccini, which was staged for the first time on the Bregenz lake stage, has played to capacity audiences. Including this evening (Friday) there are three more performances on the lake stage. The festival season began on the Easter weekend with guest performances of the play No Exit (Huis clos) presented by Vienna’s Burgtheater.

Six more shows until Sunday
On the final three days of this year’s festival there are six more opportunities for visitors to enjoy music theatre and concerts. In addition to the three performances of Madame Butterfly, the curtain rises for the last time on Armida at the Cornmarket Theatre this evening. Tomorrow evening at the Workshop Theatre, festival-goers can catch the final performance of Melencolia, a new work commissioned for the festival, and on Sunday follows the matinee concert by the Vorarlberg Symphony Orchestra. Tickets are available for all events except the lake stage opera.

Tickets for 2023 on sale from 3 October
With spontaneous applause several times during performance, the Bregenz Festival’s Madame Butterfly drew sustained, emotional applause from the audience at the end, leading to standing ovations in places. The very favourable reception of the Giacomo Puccini opera – staged at the festival for the first time – was echoed by the media: there were glowing reviews both in Austria and abroad for Andreas Homoki’s production on a stage designed by Michael Levine and under the baton of music director Enrique Mazzola. This bodes very well for next year’s festival: in 2023, Madame Butterfly is scheduled to play on 26 dates, opening on 20 July 2023 and closing on the final day of the festival, 20 August. Booking for next year’s events opens on 3 October. In the current season, the opera on the lake has had to be cancelled three times so far owing to bad weather.

Siberia transfers to Bonn in March
In the Festspielhaus, the three performances of the opera Siberia played to 86 percent capacity, with a total audience of 3,970. There, too, the first night ended with standing ovations. For those interested in travelling to Siberia again, the opera – by Umberto Giordano and directed by Vasily Barkhatov – can be seen from 12 March 2023 at Theater Bonn, the co-production partner.

The Tempest in Berlin from September
At Easter the Burgtheater made a guest appearance at Bregenz with Sartre’s No Exit (Huis clos), directed by Martin Kušej. The production in the Great Hall of the Festspielhaus played to a total audience of 1,522. The Shakespeare play The Tempest was seen by 1,336 visitors at the Theater am Kornmarkt. A co-production with Deutsches Theater Berlin and directed by Jan Bosse, the play premieres in the German capital on 1 September.

Cheers for inaugural Academy Orchestra concert
The audience responded with cheers at the close of the first graduation concert of the newly formed Bregenz Festival Academy Orchestra. The international band of 85 young musicians played with such fire that they ignited the enthusiasm of the audience. Conductor Daniel Cohen fused the aspiring professional musicians into an inspiring, exciting unit that turned a challenging concert programme that included a world premiere into a genuine experience.

2023: Ernani opens the 77th Bregenz Festival
In the 2023 season the summer festival will stage Giuseppe Verdi’s Ernani at the Festspielhaus. The opera, which was premiered in Venice in 1844, will open the 77th Bregenz Festival on 19 July 2023; there will be two further performances. The opera will be directed by Lotte de Beer with designs by Christof Hetzer, and the music director will be Enrique Mazzola. The opera about love and revenge has been on the playbill at the Bregenz Festival once before, in 1987, when it was enthusiastically received in a staging by Brian Michaels conducted by Pinchas Steinberg. The opera on the lake stage opens for its second run on 20 July 2023, with 23 more performances to follow until the closing day of the festival, 20 August 2023.

The 2022 Bregenz Festival runs from 20 July to 21 August. For tickets and information, please visit www.bregenzerfestspiele.com. 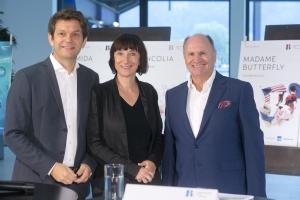 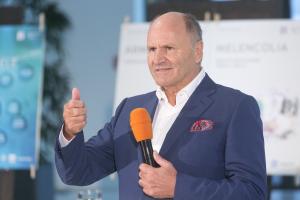 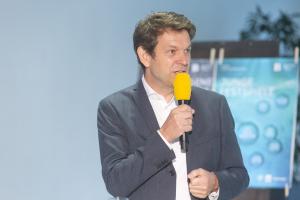 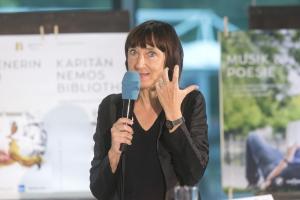 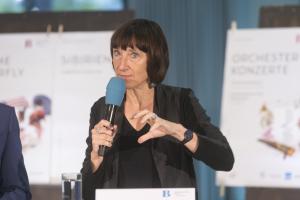 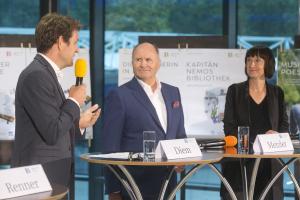 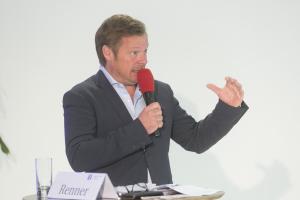