L'italiana in Algieri at the Kornmarkt an the opera&nbsp;Wind at the Werkstattbühne

Bregenz, 12.8.21. After 22 days full of successes the Bregenz Festival is looking forward with keen anticipation to the last big premieres of the summer. In the final leg of this 75th anniversary season we will see Alexander Moosbrugger’s dreamlike opera Wind at the Werkstattbühne and an Opera Studio production of Gioachino Rossini’s L’Italiana in Algieri at the Kornmarkt theatre. The seven performances of the two works offer an enthralling closing programme that’s rich in contrast.

Before the clown’s head of the lake stage Rigoletto closes its eyes for the last time there are still ten days to go – and just as many performances of the Bregenz production. The ensemble of international singers who make up the multiple casts can still be relied upon to deliver a first-class opera experience. Philipp Stölzl’s production has already been seen by a little over 120,000 visitors in the 2021 season. So far no performances have been cancelled due to rain.

Between dreams and reality – world premiere of Wind by Alexander Moosbrugger
Visitors to the Bregenz Festival in 2021 will have an opportunity to hear an opera about what may be the most beautiful book in the world (Umberto Eco). The new opera Wind, composed by Alexander Moosbrugger, will be given three performances at the Werkstattbühne from 19 to 21 August, beginning at 8 pm. The work was inspired by Hypnerotomachia Poliphili, probably written by the Dominican monk Francesco Colonna. The book was printed in 1499 and embellished with woodcuts and calligraphy. The author tells of Poliphilo’s search for his beloved Polia. In his dreams he finds himself in a fascinating world of gardens, fantastical creatures and extraordinary buildings. Yet everything that is experienced remains as insubstantial as a puff of air.

The composer Alexander Moosbrugger, who originates from Bregenz Forest, and the artist Flaka Haliti have explored precisely this theme: wind here dominates the music. Highly original vocal passages resembling the echoes of an air current, plus an ensemble of organ pipes up to nine metres long together create a sound space that is without parallel in the history of the festival to date. The spatial distribution of 172 organ pipes in the Werkstattbühne is supposed to give the audience the sense that it is “sitting inside the instrument”. The musicians include the soprano Hanna Herfurtner, the baritone and countertenor Hagen Matzeit, and three vocal soloists from the Klangforum Heidelberg, joined by the two narrators Anna Clementi and Jürgen Sarkiss and accompanied by the renowned French string quartet Quatuor Diotima. The sound director will be Thomas Hummel from the SWR Experimentalstudio, while the stage set has been realised by Leonora Scheib.

A unique theatre space
The artist Flaka Haliti, born in Pristina (Kosovo), has designed a space for a fully immersive audio-visual experience for the production of Wind in the Werkstattbühne. The woodcuts in the book Hypnerotomachia Poliphili were an important source of inspiration for her. The several-metre-high organ pipes become a dream forest, which is the point of departure for Poliphilo’s journey.

Like a whirlwind – L’Italiana in AlgieriL’Italiana in Algieri (“the Italian girl in Algiers”) was once described by the French critic Marie-Henri Beyle as “organised and perfect madness”. And it’s true that the boisterous and fast-paced, two-act opera from the year 1813 features a plot and a score that are intensified to the point of absurdity.

The protagonists, however, are all perfectly serious about what they are engaged in doing. Mustafa, ruler of Algiers, wants to get rid of his charmless wife Elvira by marrying her off to his favourite slave Lindoro – a plan that in the end is revealed to be naive and unviable, since Lindoro is still in love with the captivatingly beautiful Italian girl Isabella. Her ship has run aground at Algiers, whereupon she sets about trying to free her Lindoro from Mustafa’s court with cool-headed calculation and amazing audacity.

The atmosphere of a cruise rather than an oriental ruler’s court
The director Brigitte Fassbaender and her designer Dietrich von Grebmer have set the action on a yacht. In 2018 they together presented a highly successful staging of Rossini’s Barber of Seville at the Kornmarkt theatre, produced as part of the Opera Studio. With them on board this time is the conductor Jonathan Brandani, a passionate advocate of the bel canto repertoire who is open to innovation. The premiere is on 16 August at 7.30 pm in the Kornmarkt theatre, with further performances on 18, 20 und 21 August.

Preview of 2022: Madama Butterfly and Siberia
Next year the opera on the lake stage will be Giacomo Puccini’s Madama Butterfly, with a scheduled 25 performances. The Festspielhaus production will be Siberia (1903) by Umberto Giordano. The paths of these two works actually crossed well over a hundred years ago when Giordano’s verismo opera was performed instead of the postponed premiere of Butterfly at La Scala Milan. The musical journey to Russia next year will be continued in the orchestral concerts – alongside music by Richard Wagner and Ludwig van Beethoven the festival programme will also feature works by Russian composers like Peter Tchaikovsky and Dmitri Shostakovich. 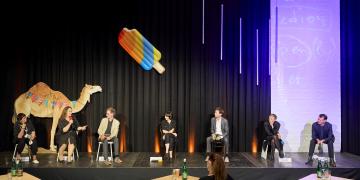 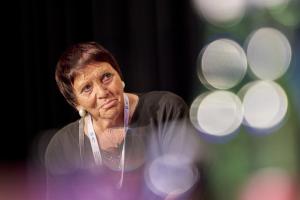 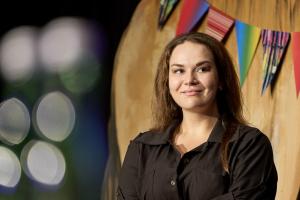 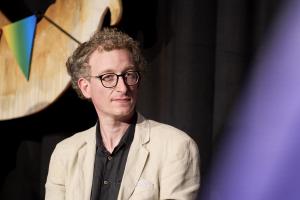 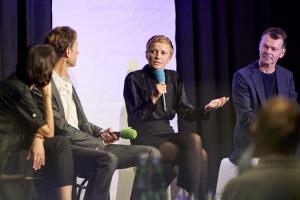 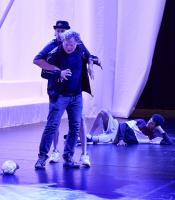 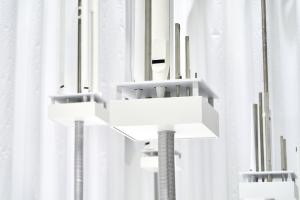 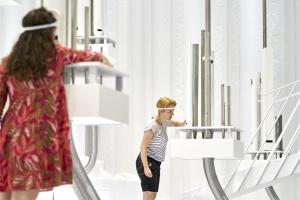