A rich and varied programme for the 2023 season

Bregenz, 17 Nov. 22. An audience favourite returns to the lake stage, the Festspielhaus opera promises to be a dramatic thriller, while the Workshop Theatre presents pieces that are brand new and outrageous. On top of this there are not just large and small but also unconventional concerts, a production apiece by the Opera Studio and the Opera Workshop, plus two stage plays. The 77th Bregenz Festival presents a rich and varied programme for nearly 215,000 visitors.

Next year’s festival of culture at Bregenz begins in fact in winter. In January an open session (Einblick) gives an insight into the creation of a new work of music theatre for 2024, to be followed in March by a masterclass with the legendary soloist Brigitte Fassbaender. At Easter there will be a guest performance once again by Vienna’s Burgtheater, while in May the Young People’s Festival will put on a Magic Flute for Kids.

The audience favourite Madame Butterfly will return as the opera on the lake stage in 2023. The Giacomo Puccini opera was performed at the Bregenz Festival for the first time this past summer. The first night of its second run will be 20 July 2023. The story of the Japanese geisha Cio-Cio-San, called Butterfly, was a hit with festival-goers in the 2022 season, playing to an audience of 163,000 at one hundred percent capacity.

Standing ovations for Madame Butterfly
In the past season, the Madame Butterfly audience, deeply touched, broke into applause several times during the performance and gave prolonged, enthusiastic applause at the end, with standing ovations in some places. It wasn’t only the public that was delighted – there were also glowing reviews by many arts correspondents from Austria and abroad for Andreas Homoki’s production on a stage designed by Michael Levine and conducted by Enrique Mazzola and Yi-Chen Lin. In 2023, the opera is scheduled to play on 26 evenings, with just under 185,000 tickets going on sale (including the dress rehearsal and Young People’s Night). Currently about one third of them have been booked. The opera premieres on the lake stage on 20 July. The festival, in its 77th season, comes to a  close with the final performance on 20 August 2023. In total, just under 215,000 tickets are available for events at next year’s festival.

Ernani to open the 77th Bregenz Festival
The Bregenz Festival opens for its 77th season on 19 July 2023 with a performance of Giuseppe Verdi’s opera Ernani at the Festspielhaus. There will be two further performances. The music director will be the conductor in residence, Enrique Mazzola, the stage director Lotte de Beer and the designer Christof Hetzer. It will be played by the Vienna Symphony Orchestra. Ernani was Verdi’s definitive breakthrough as a composer and went on to become one of his most performed operas in the 19th century. Premiered in 1844, the opera about love and revenge was last staged at the Bregenz Festival in 1987.

Diversity and a US consul’s geisha at the Workshop Theatre
The Workshop Theatre will once again be a fascinating venue for contemporary music theatre, presenting both a world premiere and a first performance in Austria. Starkly contrasting sound worlds with musical references to the Baroque can be found in The Faggots and Their Friends Between Revolutions by the British-German composer Philip Venables. The libretto and the staging are the work of Ted Huffman, while Yshani Perinpanayagam is the music director. The opera is based on the eponymous novel by Larry Mitchell, which explores gender and sexual diversity. Four co-production partners are involved in total. The world premiere is Die Judith von Shimoda, which tells the story of a US consul in Japan and his geisha. The work by the Argentine composer Fabián Panisello uses an adaptation of a play made by Bertolt Brecht in 1940. The music director is Walter Kobéra, the stage director Philipp M. Krenn. A co-production with Neue Oper Wien.

The very best in theatre from  Berlin and Vienna
In April, Vienna’s Burgtheater is making another guest appearance at Bregenz, where it will bewitch the audience with an “original magical play in two acts”, Die gefesselte Phantasie (Phantasy Bound). The play, by Ferdinand Raimund, will be directed by Herbert Fritsch. Top-quality spoken theatre will also be on offer during the festival, when Deutsches Theater Berlin returns to Bregenz to present Heinrich von Kleist’s Der zerbrochne Krug (The Broken Jug). The production will be directed by Anne Lenk.

Young singers to work on a showpiece of the opera repertoire
Composer Jules Massenet created the opera Werther together with three librettists drawing on Johann Wolfgang von Goethe’s epistolary novel The Sorrows of Young Werther. The grand Romantic opera, premiered in Vienna in 1892, is a virtuosic showpiece of the opera repertoire. Next summer the young singers of the Opera Studio will rise to the various challenges it presents in a production directed by Jana Vetten and designed by Camilla Hägerbarth. Claire Levacher is to conduct the Vorarlberg Symphony Orchestra.

Orchestral concerts: famous names and little known composers
“Approaches – Adaptations – Appropriations” is the theme of the concerts to be given by the Vienna Symphony Orchestra and the Vorarlberg Symphony Orchestra. The featured music is mostly from the turn of the 20th century. Alongside pieces by famous composers like Maurice Ravel, Jean Sibelius and Richard Strauss, works by little known female composers like Grażyna Bacewicz and Florence Price also find a place. In addition there’s the world premiere of a work by Israeli composer Ayal Adler: In Motion, Concerto for Continuo and Large Orchestra. Omer Meir Wellber, Dirk Kaftan and Marie Jacquot return as conductors of the Vienna Symphony Orchestra, which was founded in the year 1900. On the podium for the Vorarlberg Symphony Orchestra concert will be Leo McFall, the chief conductor. Music by Paul Dukas, Dmitri Shostakovich and Antonín Dvořák is on the programme.

From personal favourites to audience favourites
A new concert series which was inaugurated last summer and went down extremely well with the festival audience will be returning in 2023. It features members of the Vienna Symphony Orchestra in different chamber music formations playing their own personal favourites, without formal dress and without conductor.

Between Heaven and Earth is the title of a concert by South Africa’s Bochabela String
Orchestra jointly with the youth choir VOICES of the federal state of Vorarlberg. The Bochabela String Orchestra grew out of an initiative marking the freeing of Nelson Mandela, and had the aim of giving children in townships the chance to learn a stringed instrument. The orchestra’s novel, unconventional style of playing has won the hearts of festival-goers. For this concert in Bregenz, the orchestra will combine Wolfgang Amadeus Mozart’s Requiem with South African burial chants.

Musicbanda Franui, an ensemble known for its intelligently humorous and thoroughly unconventional interpretations of the classics of literature and music, will give us its take on Franz Schubert’s song cycle Die schöne Müllerin. Joining forces with puppeteer Nikolaus Habjan and bass baritone Florian Boesch, the music band will tell the 200 year old tale in an original way that “embraces classical music, folk, jazz and contemporary chamber music”.

The traditional Concert at the KUB once again goes on a journey of exploration to the Opera Workshop and its new project (scheduled for 2024). There’s also a performance by graduates of a wind camp, the 6th International Blasmusic-Camp. The concert – Brass Appassionato – will be conducted by Martin Kerschbaum and is produced in association with the Vorarlberg Wind Band Association.

Poetry and music at the Lake Studio
The Lake Studio will host some short concerts that illuminate items on the festival programme from a surprising angle. The popular series Musik & Poesie features the following three evening events: Kleist – The Earthquake in Chile with the actor Ulrich Mathes; Ehre – Das gekränkte Ich (Honour – The Offended Ego) with the author Michael Köhlmeier, accompanied at the piano by Sergey Tanin; and Brecht – »Und das Schiff mit acht Segeln« (“And the ship with eight sails”) with actor Luzian Hirzel and soprano Roxane Choux.

Get involved – opera for young fans of the festival
The Young People’s Festival that runs alongside the festival proper will again be hosting a wide selection of activities that afford open access to art and culture. In The Magic Flute – The Sound of Peace, youngsters will be able to get actively involved in opera themselves, with the Vorarlberg Symphony Orchestra participating in the event. 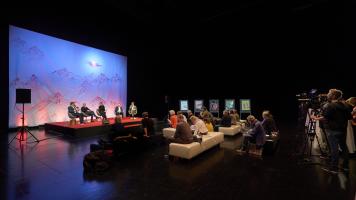 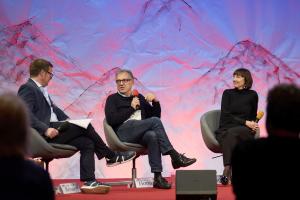 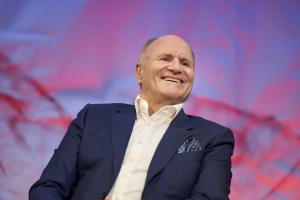 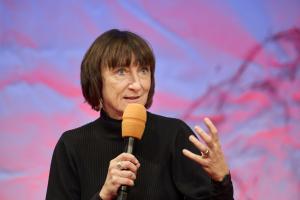 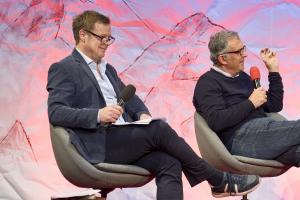 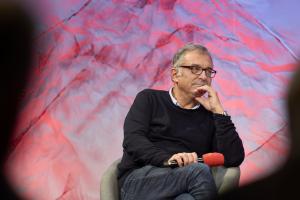 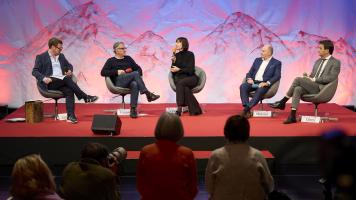 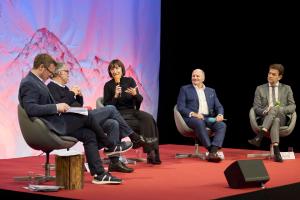 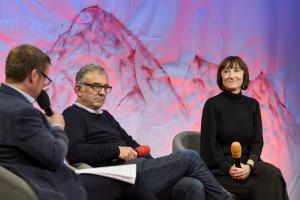