“Both in the Executive Board and the committee of expert advisers, Lilli Paasikivi was unanimously in first place on the list of candidates. We are delighted to have taken on a successful, high-profile and experienced artistic director,” said Hans-Peter Metzler, president of the Bregenz Festival.

“It’s a great honour to be named artistic director of the Bregenz Festival. The Festival’s reputation and its internationally recognised artistic partners provide an excellent basis for planning a varied programme of the highest standard. I am enthusiastic about the new challenges that come with it, and I’m looking forward to working with the highly professional and committed festival team. As artistic director I would like to offer our audiences exceptional artistic experiences and explore the latest interesting trends in the art form of opera. As a singer, opera and vocal music are of course very close to my heart,” Lilli Paasikivi said.

Innovative technologies in the art form of opera
Born in Imatra, Finland in 1965, Lilli Paasikivi has considerable and wide-ranging experience in the world of classical music. As well as having had an international career as a singer appearing at leading opera houses and concert venues, she has been involved in organising and founding several summer festivals in Finland. Since 2013, she has been artistic director of the Finnish National Opera in Helsinki. Combining innovative technologies with the art form of opera has been a focus of her work at the Finnish National Opera.

Sophie de Lint and Kasper Holten as expert advisers
Two outstanding figures on the international music theatre scene have been engaged as expert advisers: the director of Dutch National Opera, Sophie de Lint, and the artistic director of the Royal Danish Opera, Kasper Holten. A total of 22 candidates applied for the Bregenz Festival post during the six-week application period from 1 October to 12 November.

The Bregenz Festival Foundation, established in 2002, is the one hundred percent shareholder of Bregenzer Festspiele GmbH, organiser of the Bregenz Festival, which takes place every year in the summer months. The founders are the patrons’ association Friends of the Bregenz Festival, the Republic of Austria, the federal state of Vorarlberg, and the municipality of Bregenz. The foundation is directed by the members of the executive board: Hans-Peter Metzler (president), Verena Brunner-Loss (vice president), Wilhelm Muzyczyn (vice president), Michael Grahammer and
Sabine Haag.

Elisabeth Sobotka artistic director since 2015
The Berlin Senate’s Culture Department and the Bregenz Festival jointly announced Elisabeth Sobotka’s move in mid May. The Vienna-born cultural manager Sobotka has been in charge of programming at the summer festival in Bregenz since 2015. She will take over as artistic director of the Staatsoper Unter den Linden, one of the world’s leading opera houses, commencing in the 2024/2025 season. She will fulfil her contract with the Bregenz Festival as per agreement until the end of its duration after the 2024 season. 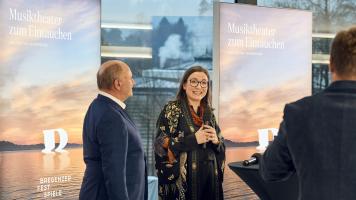 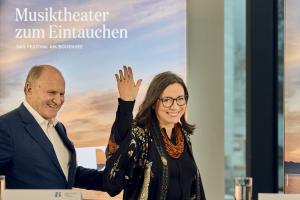 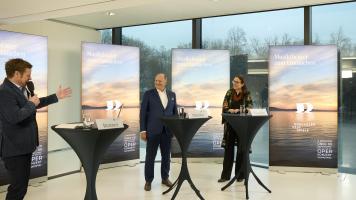 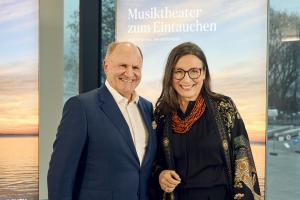 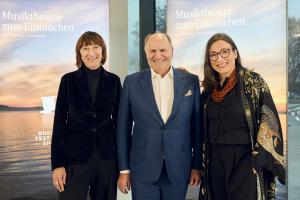