Bregenz, 16.3.22. Kids and youngsters will have a chance to experience just how young the roughly four hundred year old art form opera can be at this year’s Bregenz Festival. Its special programme for five to 26 year olds – the Junge Festspiele – will give visitors a chance to hear and see this for themselves as well as to get actively involved in various events. In 2022 they can not only go up on the stage and look behind the scenes, but also travel to Paris in a time machine and even visit a retirement home.

Were things better in the past?
“Things were better in the past,” Felix and Frida’s granddad believes. Reason enough for the two of them to travel to Paris in a time machine and visit the composer Gioachino Rossini. A surprise awaits the siblings there. The opera Die Zeitreisemaschine by Detlef Heusinger lasts about 60 minutes and is aimed at children aged from six to twelve. For school groups there are two morning performances, while families are welcome on 12 May at 6 p.m. Teachers can take advantage of introductory workshops offered by the Bregenz Festival. Co-production partners are Landestheater Detmold and the SWR Experimentalstudio, with Superar Vorarlberg as the cooperation partner.

“Come on, let’s just run away!”
Four good friends are now living in an old people’s home. One of them is ill and can’t remember well these days. Together they decide to run away, just like that, and go where the palm trees grow and the sea wind whistles merry tunes. Vergissmeinnicht (“forget-me-not”) is a partly staged concert with the ensemble Die Schurken in the Lake Studio. It lasts about one hour and is aimed at kids of six and over. Four morning performances are scheduled for school groups, while a performance on 19 June at 10.30 a.m. is intended for families. Beside Aktion Demenz there are other partners, which are listed below.

Madame Butterfly before the premiere
The high point, as ever, is crossculture night, when the Bregenz Festival opens one of the final stage rehearsals to teens and young adults (aged 14–26) a few days before the premiere of Madame Butterfly. Earlier that day, participants will have an opportunity to explore different areas of music theatre and become part of the fascinating world of opera themselves at workshops, on guided tours and in other activities. The plaza in front of the Festspielhaus will host a number of events: the week bands will play and Arthur – The Sportical will transport spectators back to the realm of the legendary king.

Rocking the opera
A whole week devoted to pop and rock. During crossculture week, young people aged between 14 and 20 will put together a concert programme that gives the acrobatic theatre show Arthur – The Sportical the right beat. Professionals will be on hand to help out. Rehearsals will take place in Theater Kosmos in Bregenz. The show will be performed live before an audience on crossculture night.

Take on the roles in Madame Butterfly
For anyone aged twelve and over who would like to slip into the roles of the singers at the Bregenz Madame Butterfly, the opera workshops are the right place to be. They run from 30 June to 7 July. Directed by instructors from the drama education network "Opernschlüssel", participants will bring the characters – and Puccini’s famous music – to life. The workshops run for two hours; date and time by arrangement.

Kids who are theatre fans have something to look forward to from 11 to 15 July, when they will be able to immerse themselves in the world of music theatre. At creative workshops, they will make scenery and costumes, practise songs and dances, and put together their own show, which they will then proudly perform at the end of the week in front of an audience at the Workshop Theatre. At Weidach School, Bregenz, daily from 9 a.m. to 3 p.m. for children aged from six to eleven. 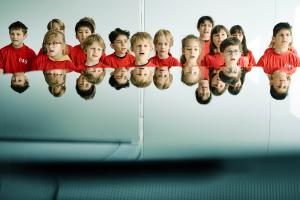 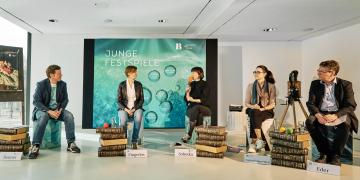 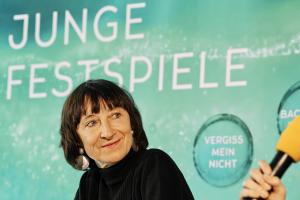 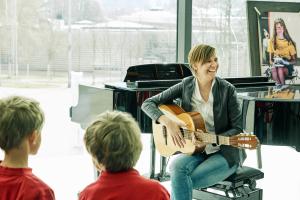