A festival jubilee, an audience favourite and a roman emperor

Bregenz, 8.7.21. The Bregenz Festival opens for its 75th jubilee season this summer with a special premiere: Arrigo Boito’s opera Nero. The curtain goes up on 21 July. Visitors to the summer festival on Lake Constance can look forward to an encounter with the Roman emperor Nero, one of the most unsavoury characters in cultural history.

The following day sees the first performance of Rigoletto, returning for its second run on the Bregenz lake stage. The Giuseppe Verdi opera with the famous aria “La donna è mobile” will have 28 performances before the festival ends on 22 August.

The Workshop Theatre will once again be a venue for contemporary music theatre with two world premieres. The Kornmarkt Theater will play host for the sixth time to the Bregenz Festival’s Opera Studio and also present the premiere of a new production by Deutsches Theater Berlin. Another first will be the world premiere of the play Lohn der Nacht (“wages of the night”), a co-production with the Bregenz Theater KOSMOS.

Four orchestral concerts with programmes specially selected to celebrate the jubilee year will be given in the Great Hall of the Festspielhaus. Beyond that the Musik & Poesie section of the festival is presenting three literary and musical gems in the Lake Studio, and on one evening there will be a return visit by Nikolaus Habjan and the Musicbanda Franui, an ensemble from Tyrol that’s also well-known in Vorarlberg.

In all, more than 80 events are on the programme of this summer’s Bregenz Festival, which runs for just under five weeks.

With just under two weeks to go before the 75th season of the festival starts, around 80 per cent of the 192,000 tickets available for Rigoletto have been booked.

First night of Rigoletto’s second run on 22 July
A production as spectacular as it’s moving, with ingeniously engineered spaces for intimate scenes and circus acts, and where the elaborate stage technology is all the time at the service of the artistic idea: the opera Rigoletto was staged at the festival for the first time ever in 2019 and returns to the lake stage this summer for its second run after a delay of one year. The striking stage design is the first in the festival’s history to remain in place on the Lake Constance shore for three summers and two winters.

As in its first run in 2019, Rigoletto is directed by Philipp Stölzl, who also designed the stage jointly with Heike Vollmer. Stölzl, born in Munich in 1967, made a name for himself directing music videos for Madonna, Rammstein and other acts, and went on to make movies such as North Face, The Physician, Winnetou and most recently Schachnovelle, which goes on general release in autumn 2021. As an opera director he has worked for the Salzburg Festival, at Vienna’s Theater an der Wien and at the Staatsoper in Berlin, Dresden and Munich. In Rigoletto, the Vienna Symphony Orchestra will be conducted by Julia Jones, who is making her Bregenz Festival debut.

Sound system upgrade and improved surtitling for the lake stage
The Bregenz Festival isn’t only known for its lavish stage sets and extraordinary productions. The sound design on the lake stage auditorium is also of the highest quality. After nearly twenty years of successful service, the sound system BOA is now being upgraded. In 2019 the ribbon of loudspeakers previously installed were replaced by 29 loudspeaker masts. This season 270 more loudspeakers have been added to further enhance the spatial experience. Bregenz Open Acoustics (BOA) is regarded as one of the best sound systems in the world for open-air venues. And this isn’t the only technological upgrade at the 2021 festival. The surtitle units to the left and right of the stage have also been improved. From this year, LED technology will be used in the display of the libretto text so that it is also perfectly legible without any restrictions for spectators viewing it from extreme angles.

A Roman emperor at the Festspielhaus
The Festspielhaus production at this summer’s festival is Arrigo Boito’s opera Nero, which was posthumously premiered in 1924 at La Scala Milan. In it, the Roman emperor Nero, notorious for his cruelty, decadence and insanity, appears as an enigmatic and unsavoury character. Arrigo Boito paints him as a figure torn between dazzling creativity and destructive delusion. Boito's libretti – for instance for Giuseppe Verdi's Otello and Falstaff – are among the outstanding achievements of operatic history. Boito also wrote the libretto for Franco Faccio’s opera Hamlet, which was performed at the 2016 festival in a production by Olivier Tambosi.
The production team for that celebrated rediscovery will now be staging Boito’s Nero. Olivier Tambosi directs the fascinating and many-layered work on a stage designed by Frank Philipp Schlössmann and with costumes by Gesine Völlm. The opera will be conducted by Dirk Kaftan, who made his Bregenz Festival debut in 2016 with Make No Noise at the Workshop Theatre.

Comprehensive safety measures at the Bregenz Festival
Current COVID-19 regulations by the Austrian federal government make it possible: Rigoletto and all other productions of the 2021 Bregenz Festival can go ahead without restrictions on audience capacity. All visitors to the festival will have to be either vaccinated, recovered or to have tested negative. For the opening, the premiere of Nero as well as on the 28 evenings when there’s a performance of Rigoletto, access to the plaza in front of the Festspielhaus will be controlled and four checkpoints will monitor compliance with the entry regulations. On the festival grounds, food and drink will be available for visitors at the marquee and the restaurant Buehnedrei. The traditional reception on the opening day of the festival will not take place this year. For all other festival events, visitors will be checked at the respective venue to make sure they have been vaccinated, have tested negative or have recovered from the virus. Where proof is supplied, wearing a mask on the lake stage, in the Festspielhaus and at the other venues is not compulsory. 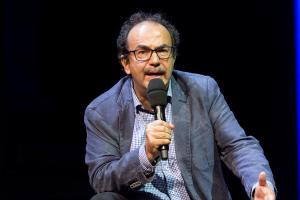 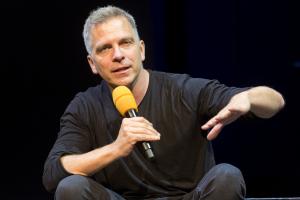 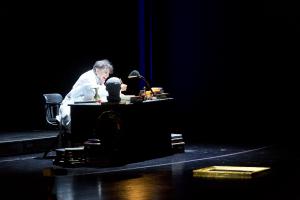 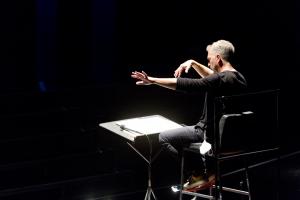 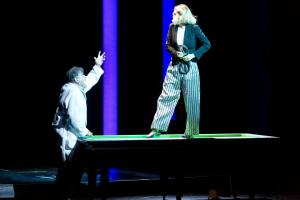 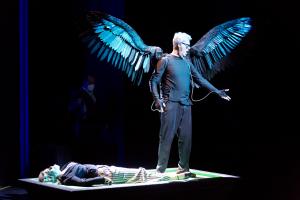 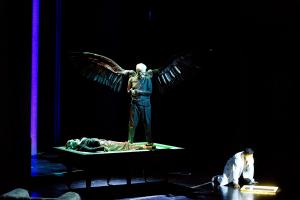 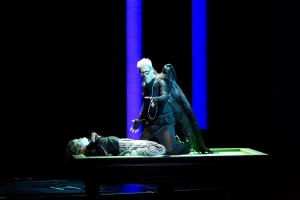 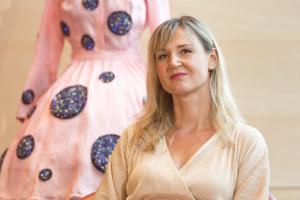 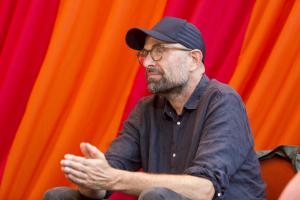 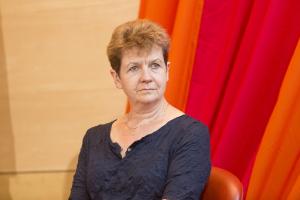