Elisabeth Sobotka transfers to Berlin in 2024

Post of Artistic Director to be advertised after summer season&nbsp;

Bregenz/Berlin, 12.5.22. The artistic director of the Bregenz Festival, Elisabeth Sobotka, is to leave for Berlin in autumn 2024. She will take over as artistic director of the Staatsoper Unter den Linden, one of the leading opera houses in the world. Her contract with the Bregenz Festival terminates by agreement at the end of the 2024 season. The Vienna-born cultural manager Sobotka has been in charge of the summer festival at Bregenz on Lake Constance since 2015.

“Elisabeth Sobotka has not only created great successes on the lake stage; she has also heightened the artistic profile of the festival’s other venues. Although we still have three more summer seasons ahead of us, I would like to express at this juncture my great appreciation for her extraordinary artistic work and to congratulate her on her new position in Berlin,” says Festival President Hans-Peter Metzler.

“I am delighted by my new responsibilities in Berlin, even though leaving Bregenz will be hard. The Staatsoper Unter den Linden is a house that’s full of wonderful possibilities, yet at the same time I will miss the Bregenz Festival – an extraordinary place with an exceptional magic,” says Elisabeth Sobotka.

Vacancy to be advertised after the summer season
The vacant post in Bregenz is to be advertised after the end of this summer’s festival. “Just as successfully as in 2012 with the designation of Elisabeth Sobotka, we will now – jointly with the Executive Board of the Foundation and hand in hand with the relevant committees – find the ideal candidate for the artistic directorship of the Bregenz Festival in a professional selection procedure,” says Festival President Hans-Peter Metzler.

The Berlin mayor and Senator for Culture and Europe, Dr. Klaus Lederer, said: “I am glad that the Advisory Board of the Opera Foundation has followed the recommendation of the expert committee which I set up and which deliberated upon what is a significant appointment not only for the Berlin music theatre landscape, and then reached consensus in a vote. In the person of Mrs Sobotka we are gaining an exceptionally competent, internationally experienced and passionate cultural manager who has been involved with the Staatsoper Unter den Linden for a long time.”

The General Music Director of the Staatsoper Unter den Linden, Daniel Barenboim: “I have known Elisabeth Sobotka and held her in high esteem for many years. Her time as opera director at the Staatsoper was one of delightful and very fruitful collaboration, and so I’m greatly looking forward to Mrs Sobotka taking up her appointment. I have followed the path she has taken over the years with interest. She is committed, knowledgeable, and extremely versatile in the way she thinks as an artist. In addition to that I very much appreciate her collegial spirit and her leadership style. She burns for opera and music, and the Staatsoper is lucky to have her as artistic director.” 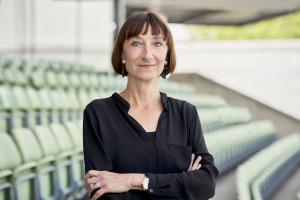