Bregenz, 20.1.22. Bregenz Festival mourns the death of Rafael Rojas. The Mexican tenor died on 18 January at the age of 59. Rojas was one of the most distinguished artists of his time. He was part of Bregenz Festival more than once. In the summer of 2021, he sang the title role in the Opera at the Festspielhaus – Nerone – and won over audiences.

“Words can’t express how shocked and saddened we are to hear about the sudden death of Rafael. He was extremely passionate and with his great voice, he amazed audiences and us alike. Our heartfelt condolences go out to his family and friends,” says Elisabeth Sobotka, the artistic director of Bregenz Festival.

Rojas enjoyed a truly international career taking on roles at prominent opera houses all over the world. In the summer of 1999, he came to Europe for the first time to sing the role of Gustavo in Un ballo in Maschera at Bregenz Festival. He reappeared in the same role in 2000, which marked the starting point of a long-lasting friendship between Rojas and Bregenz Festival. In 2001, he returned to Bregenz in the role of Rodolfo in La Bohème and in 2015 and 2016 as Calaf in Turandot. Additionally, he sang in orchestral concerts with the Wiener Symphoniker and performed at the event series Musik & Poesie.

During the last summer, he enchanted audiences when he made his debut as Nerone in the Opera at the Festspielhaus. The Deutschlandfunk, a public-broadcasting radio station in Germany, deemed Nerone “the ideal opera for Bregenz Festival. The score needs great voices to show its full potential. Voices like Rafael Rojas’ in the role of Emperor Nerone”.

In Guadalajara, his hometown in Mexico, Rojas started studying Biology but soon realized that he’d much rather concentrate on music instead. When he started out as a singer he was paid in beer, he once recounted his earlier experiences. Over the years, Bregenz Festival became one of Rojas favorite engagements. He referred to the festival as “a wonderful place with a wonderful atmosphere”.

Dear wonderful Rafael, Bregenz Festival will keep you in its heart. Thank you! 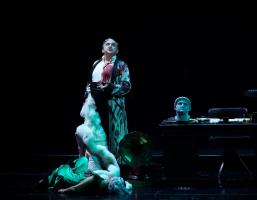 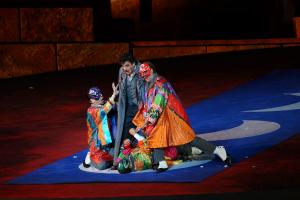 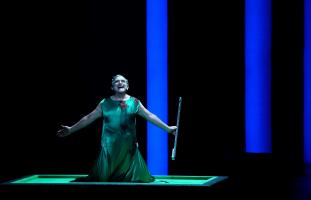