"Alles Wieder Gut": Everything will be all right again

Bregenz, 30.6.20. Some six weeks after the cancellation of this year’s Bregenz Festival, the “artistic sign of life” that was promised has now fully taken shape in the form of Festtage im Festspielhaus, a short programme of events running from 15 to 22 August 2020. By staging the events “we would like to send out a strong artistic signal this summer, following cancellation of the 2020 festival season,” declares artistic director Elisabeth Sobotka.

During the eight-day series the Great Hall of the Festspielhaus will host three concerts, one evening recital and the world premiere of a work of music theatre. The Lake Studio will be the venue for two events in the Musik & Poesie section, while the Kunsthaus Bregenz will host one concert.

Musicians from Vienna, Tyrol, Sankt Gallen and VorarlbergAlles wieder gut: Everything will be all right again on the opening day, 15 August, when the ensemble Musicbanda Franui, from Innervillgraten in Tyrol, gives what promises to be a highly unusual concert with the bass baritone Florian Boesch in the Festspielhaus. The Festtage will conclude on 22 August with a concert by the Vienna Symphony Orchestra under Philippe Jordan, who will be making his final appearance in Bregenz as their chief conductor. In addition there will be a concert by the Vorarlberg Symphony Orchestra under the baton of Enrique Mazzola with soprano Mélissa Petit, two artists known to a wide audience from the Bregenz Rigoletto. Enrique Mazzola will also conduct the soprano Anna Princeva and a reduced-scale orchestra of musicians from Sankt Gallen Symphony in an orchestral recital entitled Viva Verdi - Viva l'Opera.

World premiere with physical distancing
The opera buffa Impresario Dotcom by Ľubica Čekovská was due to be given its world premiere at the 2020 Bregenz Festival in the Kornmarkttheater. Now the director Elisabeth Stöppler and her team have produced a “version for Bregenz 2020” for the Great Hall of the Festspielhaus, whose stage can accommodate corona-compliant performances. The present situation is sure to be referenced in the 2020 version. The physical distancing required will also be maintained by the soprano Hanna Herfurtner and her ensemble at the Kunsthaus Bregenz (KUB) when they perform a programme with the title Vocal Distancing – Live!

Musik & Poesie: satirical texts and love poems
The Musik & Poesie section returns to the Lake Studio for two soirées. Karl Markovics will read fiercely satirical texts by the Austrian critic Karl Kraus, with musical accompaniment by Neue Wiener Concert Schrammeln. For the second event,
baritone Johannes Kammler will give a recital of Richard Strauss lieder and then join soprano Anna El­Khashem to perform Hugo Wolf’s settings of Italian folk poems about love. They will be accompanied on the piano by Rita Kaufmann.

Strong start for pre-booking for Rigoletto in 2021
Meanwhile the returns procedure for tickets purchased for the now cancelled 2020 season continues apace. The proportion of tickets that have been exchanged for tickets to the 2021 season is currently around 50 per cent. Advance booking has already opened for next year’s festival. So far about 100,000 tickets have been booked for Rigoletto – the opera returns to the Bregenz lake stage for its second run in summer 2021. The first performance is on 22 July 2021, with 25 more performances to follow. In all, about 190,000 tickets are available for Rigoletto (incl. dress rehearsal and crossculture night).

As well as Rigoletto on the lake stage and Nero in the Festspielhaus, the orchestral concert programme has also been finalised. The Bregenz Festival will be celebrating its 75th birthday next summer with epoch-making works by Richard Wagner and Joseph Haydn. In Haydn’s Creation the Bregenz Festival Chorus will be joined by other regional choirs – a sign of the deep-rooted ties around Lake Constance. The oratorio will be conducted by Andrés Orozco-Estrada, since autumn 2020 the new chief conductor of the Vienna Symphony Orchestra. He will also conduct a concert performance of Wagner’s Das Rheingold.

Guided tours on the lake stage in July and August
If you’d like to explore the Rigoletto stage set, you can go on a 45 minute tour and take a look behind the scenes of the world’s largest lake stage. Guided tours are offered from 6 July to 22 August 2020. Full information about dates, times, prices and public health regulations can be found on the Bregenz Festival website. 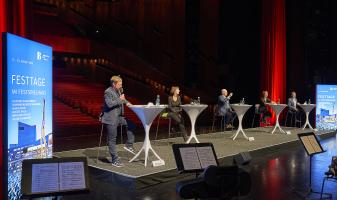 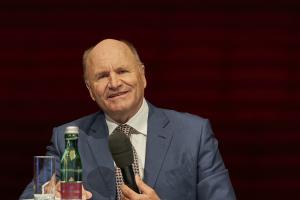 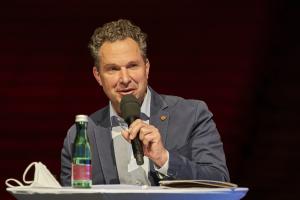 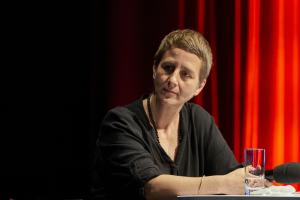 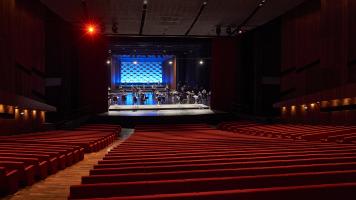 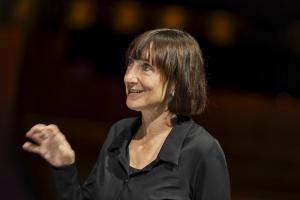